Near Death Experiences.  What can we learn? 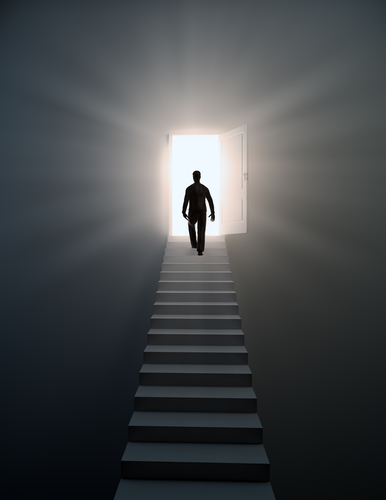 Near Death Experiences-What can we all learn.

With the advances of modern science, more people are being brought back “from the dead” and there are now a number of books documenting the extraordinary experiences of these “near death experiences” (“NDE”).   One of the best books on this fascinating topic is Dr Penny Sartori’s book “The Wisdom of Near Death Experiences” in which using analytical data which she personally collated tries to draw comparisons and conclusions from these experiences without putting any spin on the results or without having an agenda or religious angle on it.  Dr Sartori worked as a nurse for 21 years of which 17 of those years was in intensive care and so has personal experience of patients having NDE’s.   She also noticed that a lot of patients who had NDE’s were nervous about sharing their experiences in case they were thought to be mentally unstable.    The classic light at the end of the tunnel was seen in a remarkably high number of cases.  The overwhelming feeling experienced was of a feeling of well-being and a general reluctance to return to the normal world.  Some were given a choice to return or stay and others were told that it was not “their time” and they had unfinished work to do.  Upon return to the normal world, NDE-ers had a sense of how precious life was and how they needed to live a more moral life with less emphasis on materialism.   Her book is written for the layman (although there is a more scientific version of her work which earned her a PHD).

So what are the things that all of us can take from these extraordinary experiences?

1. The reassurance that there is life after death.

This has to be the one big take home.  So many people are terrified of death but this reassures us that it is beautiful experience when we pass from this life to the next step.    Also this is also makes us lead more moral lives knowing that there is likely to be a moral reckoning of the mistakes and good deeds we achieved in this current life.  This is a very common thread from NDE’s.  This is not the biblical Day of Judgment type scenario but more of a learning experience with a view to raising one’s spiritual level.

2. The realisation that life is precious and it is important to do what you love and what is your life purpose.

Any brush with death is most likely to cause you to evaluate your life and take stock on your priorities.  NDE’s often take this much further and make dramatic changes to their life paths after the NDE.   Clearly, if we can gain this perception without ending up in an intensive care ward and fighting for life and death would be advantageous but perhaps it is the dramatic events that causes us to wake up from our “sleepwalking” state and realise what is important.  There have been a number of surveys of terminal ill patients who have been asked what they wish they had done in their lives now that it was too late to do anything (usually due to being hospitalised or so ill that travel is impossible) and again the same themes emerge.  “I wish I had visited that country”, “I wish I had written that book”, “I wish I had climbed that mountain”, “I wish I had swam that lake”.   I wish I had learnt to dance the tango”.  “I wish I had learnt to play the piano”.  “I wish I had learnt to paint”.  They were all related to experiences that people wish they had done.   The NDE-ers had the chance to sort these wishes out and did in huge numbers.  Amongst NDE-ers there was a fresh perception of the importance of family and friends and making time for them and the strong realisation of the pointlessness of chasing material goals.

3.  The realisation that love for others is the true key to leading the highest path in life.

The extraordinary feeling of being connected and drawn towards this light which represented the highest level of love that could exist was reported in most cases.  This unconditional love is what connects us all and is the way to raise one’s spiritual level.  This is freeing ourselves of bigotry, hatred and jealousy of others.  This is seeing that we are all part of the universal source.  This love is a simple question of bringing light and kindness and happiness into other people’s lives.  It is a question of trying not to label others but individualising people without judgement and realising that we are all human beings on journeys which may be easier or more difficult than our own journeys.  Some people have extraordinary challenges in their journeys in lives and we are humbled when we see that those people rise above those challenges and spread love and happiness and kindness wherever they go.

These are some of the simple but powerful lessons we can learn from NDE’s.  Don’t wait to put these lessons into practice. Be grateful that you have not had to be in a life and death situation clinging to this existence.  Learn from these experiences and make the changes that the NDE’ ers were compelled to make.