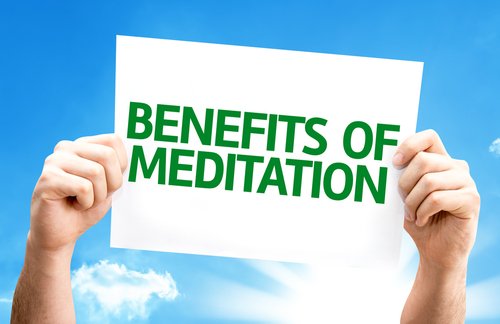 A lot of research carried out since the 1950's on the health benefits of meditation is not reliable as it has not been carried out in proper scientific conditions or the researchers were biased or there was not a control group.  Only in the last 10 or 15 years has the research been carried out properly and so is therefore beginning to make waves.   A number of surveys have found that meditation (mindfulness meditation) reduces the chemical reactions in the brain which cause stress.

Meditation, according to research carried out in 2012, can help improve people's ability to focus on tasks and to multi-task and stay on task for longer.  A 2005 survey found  that having the ability to stay focused and on task, meant that adolescents were less likely to have criminal records, less likely to be addicted to drugs, have more successful marriages and have a lower body mass index. Wow! those benefits sound worth having.

Meditating for just 8 weeks has been shown to alter the brain's grey matter.   In a 2015 study led by Harvard researchers at Massachusetts General Hospital, grey matter in the brain was observed in an MRI scan to increase in the area of the hippocampus, the area of the brain associated with memory, learning, compassion, introspection and self-awareness.   By contrast, the grey matter in the amygdala reduced indicating that levels of stress and anxiety had decreased and this was based on a meditation experiment involving just 27 minutes of meditation per day for 7 weeks.

A recent study at the Benson-Henry Institute in Boston, USA found that a daily meditation practice which was devised by a cardiologist, 40 out of 60 patients were able to reduce their blood pressure medication.  The meditation made the body increase its production of nitric oxide which caused the blood vessels to expand thus reducing blood pressure.

Researchers at Harvard Medical School found that sustained meditation practice over a 2 month period, activated disease fighting genes in that the genes which help fight inflammation, kill diseased cells and protect the body from all types of cancer began to be switched on.  The benefits continued as the experiment continued and the researchers found that that the more the subjects continued meditation including deep breathing the more the chances of remaining free of arthritis and joint pain with healthier hormone levels and lower blood pressure.