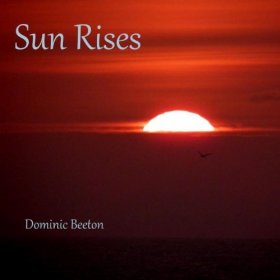 How many of us long for music that sends us to another world? I set about creating the sort of music that I would love to listen to. Music to meditate to. Music to transport you to different worlds, different dreams. The pieces on this album were composed over the last 2 years and represent a state of serenity and calm that has reigned over me since I turned 50. They say life begins at 40 but I feel like I was sleepwalking up to the age of 50 and then all of sudden everything became much clearer, much more lucid and this is the soundtrack to that awakening. Close your eyes and relax to the gentle echoing piano notes. The album opens with the glorious Irish vocalist, Maggie Boyle whose vocals graced the Hollywood movies, Legends of the Fall and Patriot Games. Her haunting gaelic tones are a perfect opening to this album. The title track, Sun Rises features the sublime sax playing of Barney Prangnell but the rest of the instrumentation including the vibes are provided by myself. So sit back, kick your shoes off and shut your eyes and begin the voyage of a lifetime. Life may never be the same again......Dominic Beeton

Click here to download or preview tracks from the album.  The album is also available from iTunes, Amazon, Spotify, Deezer, Tidal, Google Play, YouTube and many other digital channels.

Back to meditation music